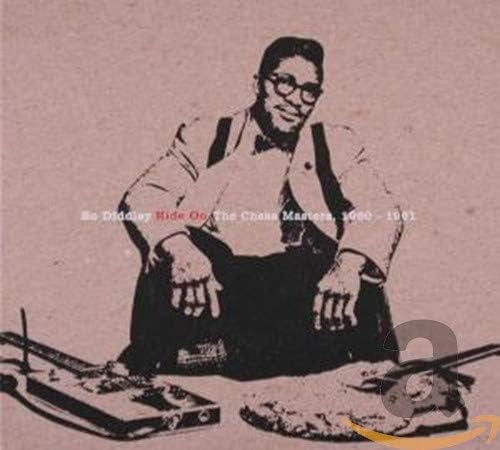 By the time of these recordings, Bo Diddley was a recording star with a string of hits and classic tracks and was living in Washington, D.C. with a fairly basic recording studio in the basement of his Rhode Island Avenue home. There, he self-produced demos, finished recordings and sent them to Chess Records in Chicago. This was, at the time, simply revolutionary; recording artists didn't own their own studios and produce their own recordings. Sam Cooke, Ray Charles, and James Brown were soon to change that, but these recordings and Bo Diddley were there first.

All 54 tracks on these two CDs were recorded over a 13 month period in Bo's basement studio and delivered to Chess. Many went on to be the crux of such classic Diddley LPs as In The Spotlight, Bo Diddley Is A Gunslinger, and Bo Diddley Is A Lover, and included such key Bo tracks as "Ride On Josephine," "Live My Life," and the title track to Gunslinger. 17 others are previously unreleased, while many others are simply rare.

Some of the recordings are demo raw, while others as polished as any Bo Diddley track. The music is also as lively and as diverse as you'd expect from Bo: rockers, novelties, instrumentals, blues, doo wop ballads et al. His band at the time is present more often than not: Jerome Green on maracas; Peggy Jones on guitar; Clifton James on drums; with a rotating piano seat including Otis Spann, Lafayette Leake and more.

We all know that the Bo Diddley beat was revolutionary in rock 'n' roll-and so was Bo's practice of recording in his basement and sending the completed tracks to Chess. No one else was doing that at the time; these range from really raw to quite polished, and from cherished to never-before-heard: Ride On Josephine; Live My Life; No More Lovin'; Do What I Say; Love Me; The Twister; Congo; Cheyenne; Bo Diddley Is an Outlaw , and more. 54 cuts plus track-by-track details!