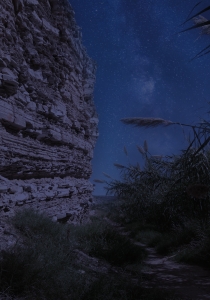 Walking the moonlit trail beneath limestone cliffs, I heard the Rio Grande’s muffled roar just beyond rustling river cane. At the spring, we wasted no time getting into the water. The stars left us speechless. That was probably December 1975. Back then, I had no idea who Joseph Oscar (J.O.) Langford was, or that he had come here decades ago, from Mississippi, seeking relief from Malaria. 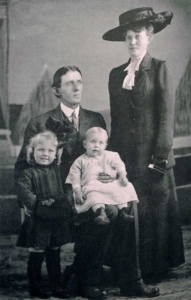 The story goes that in 1909, in Alpine, he overheard a guy talking about an old hot spring with medicinal waters down on the Rio Grande. Langford bought the land sight-unseen and moved here. He then built a 2-story, 20-by-20 foot, limestone bathhouse, including a pump for a separate tub for folks with social disease. Remains of that tub are still visible. Langford also built his home up on the bluff, directly above the bathhouse. The adventurous can scurry up there to see the foundation. 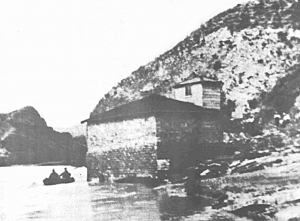 In 1912, border unrest was a problem with Mexican bandits along the river. The Army suggested everyone leave the area, hoping to return once things cooled off. They didn’t return until 1927. 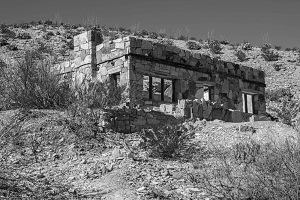 The Livingston house, near the present-day parking lot of the hot springs.

Those 15 years took their toll. The bathhouse was either ruined or completely gone, so Langford rebuilt a smaller version on the earlier foundation with only a canvas roof. Next, he built motel units and a new store with Post Office. You may notice another ruined stone house, (circa 1940s) above the parking lot that folks misidentify as Langford’s. It belonged to Charles Livingston, of Alpine. Hot Springs flourished through the 1930s and early 1940s.

Everyone knew a national park was being planned and the days of Langford’s Hot Springs were numbered. On May 27, 1942 the family conveyed the property, for park purposes only, to Texas for only $10. Everything became part of Big Bend National Park in 1944. The resort continued operating as a concession, run by Maggie Smith and later by Pete and Etta Scott until 1952. Then it shut down. Sadly, the Park Service chose to dynamite the old bathhouse in the early 1950s—only the stone foundation remained as a pool open to the sky. 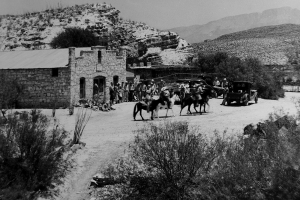 Other hot springs flow into the river both up and downstream from here. These have been exploited temporarily as folks pile up rocks to make enclosures to hold the hot water. Of course, when the river floods, everything gets washed away but that doesn’t stop enthusiasts from doing it all over again! 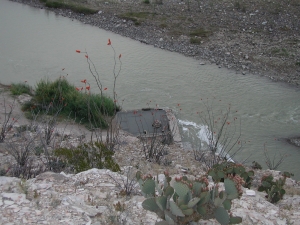 A view of the hot springs along the Rio Grande, as seen from above.

Crystal clear 105°F water has been flowing here for centuries. We know Native Americans spent a lot of time here because they left pictographs on the cliffs. Look for them halfway between the parking lot and the pool. Geologists report that water flowing from this spring comes from a finite deposit and that at some point, it will cease to flow. I don’t understand how they know this, but maybe it just means you need to get on down to Big Bend with friends and family and enjoy the Langford Hot Springs while you can! 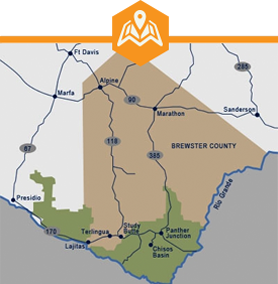