Big Bend National Park, in southwestern Texas, was established in 1944 and consists of over 801,163 acres (1,252 square miles) in the Chihuahuan Desert. The herpetofauna (amphibians and reptiles) is diverse and spectacular, but one must look for these animals in the proper place at the right time. Most species of reptiles and amphibians are nocturnal and retreat underground into burrows, rocky crevices, or under stones during the day to escape heat and dryness.

Eleven species of amphibians and 56 species of reptiles are presently recorded for Big Bend National Park. Five additional species are listed as hypothetical. Unfortunately, a few species have been extirpated and no longer occur in the park because of habitat loss and human abuse. Frogs and toads make up the only group of amphibians (11 species). Snakes make up the largest group of reptiles (30 species), followed by lizards (22 species), and turtles (4 species). Subspecies are not listed since they are primarily of academic interest and are often difficult to determine from field observations.

Although some species occur throughout the park, others are restricted to specific habitats and life-zones at different elevations. Five species (four species of rattlesnakes and one species of copperhead) are venomous and are dangerous to humans.

All animals, including reptiles and amphibians, are protected in the park and must not be disturbed, collected, or killed. 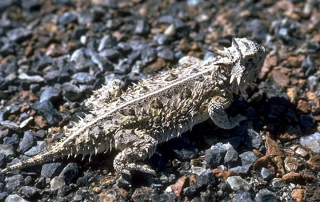 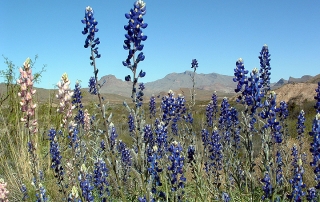 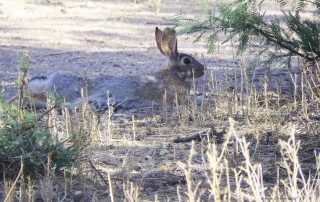 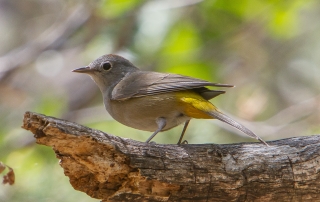