Brief History of Marathon Texas
Marathon  is located in a broad basin between the Glass Mountains to the north and the Del Norte-Santiago range to the south. This area is a transition zone between the higher mountain grasslands and the thorny chaparral of the Chihuahuan Desert, as well as a remarkable fusion of “old” and “new” mountains. The Ouachita fold – whitish rock bands to the south and east of Marathon – were formed 250 to 290 million years ago, about the same time as the Appalachian Mountains in the eastern United States. The “young” Del Norte-Santiago Mountains – formed from 40 to 60 million years ago – are part of the southern Rocky Mountains that continue into Mexico as the Sierra Del Carmen.

In 1879, around the time that Apache leader Victorio led his band in an escape from the San Carlos, Arizona reservation and a military outpost called Cantonment Pena Colorado was established at the spring,  5 miles south of present-day Marathon. This not only eliminated access to an important water hole for rebellious Apaches, it also protected the road from Ft. Clark to Ft. Davis, and was easy to support from Fort Stockton, 50 miles to the north. Of even more importance, it lay near the projected route of the Southern Pacific railroad.

In 1881, Captain Albion Shepard came to the area as a surveyor for the railroad. When he was assigned to name the water stops between Del Rio and El Paso in 1882, he named the burgeoning settlement Marathon since the high semi-arid grassland and rocky mountains reminded him of the landscape he had seen on a visit to the famous Marathon in Greece.  With Victorio defeated and with him the threat of Indian attack in the Big Bend squelched, Marathon became a ranching center for sheep and cattle. Shepard acquired large holdings and ran as many as 25,000 head in the open range around Marathon.  Ft. Pena Colorado was abandoned in 1893 after 15 years, and the military presence in the area transferred south toward the Mexican border.

Around the time of World War I, a processing plant for guayule, a native Chihuahuan desert shrub from which rubber can be extracted, was established in Marathon. After the guayule plant shut down, Marathon’s fortunes rose and fell with the price of cattle, and whether the train stopped to pick up silver, zinc and quicksilver from border area mines. A small year-round trade developed in satisfying the needs of travelers along US 90 between Del Rio and El Paso.  In the 30s and 40s Marathon became a major jumping-off point for the newly dedicated Big Bend National Park and many townspeople got jobs with the National Park Service and the Civilian
Conservation Corps.

In 1980, the historic Gage Hotel was restored and reopened for business. This marked the beginning of a new phase for Marathon as a gateway to Big Bend National Park. Since then the town has enjoyed modest growth, with additions to the Gage and other attractive visitor accommodations. Long-time residents and newcomers alike have refurbished older buildings and generally beautified the small main street of Marathon.  A growing artists’ community has established a variety of studios and galleries.  Local restaurateurs provide good food with West Texas, Mexican and other specialties. The shops along Highway 90, spruced up with sand-colored sidewalks and limestone flower planters, offer regional gifts, books, arts and crafts from all over the Southwest and Mexico, ranching memorabilia, clothing and souvenirs. 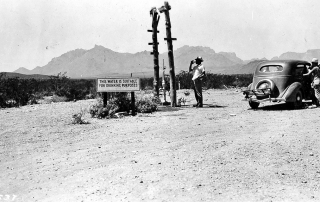 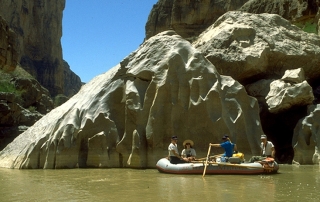 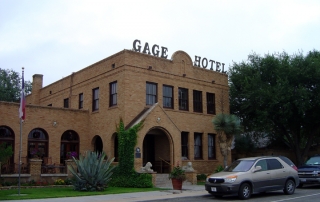 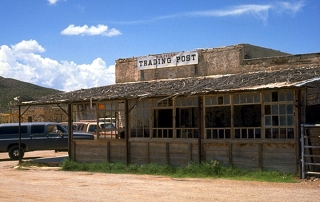 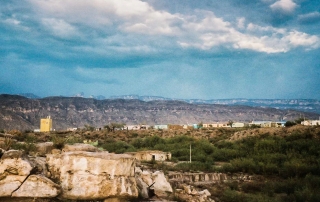